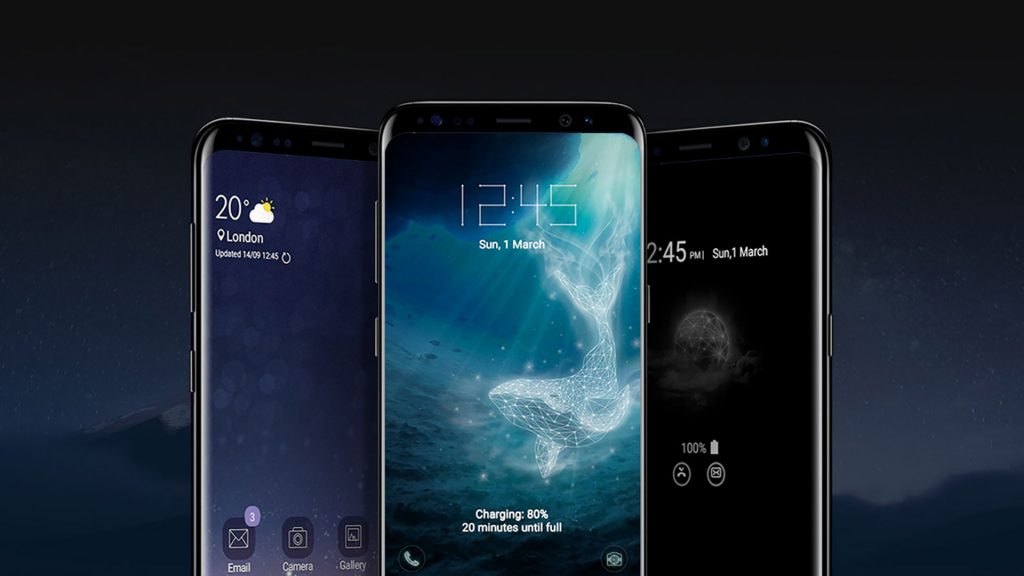 Yes, that's right! Samsung has officially stated to release the beast that they have been working on for a long time, the Samsung Galaxy S9. Still, the big question still lies ahead for the Galaxy S9, can it really dethrone the iPhone X as today's leading high-tech smartphone in the digital market? Well, Here's everything that you need to know.
What are the newest specs, features and design for the Samsung Galaxy S9?

The Samsung Galaxy S9 will be top-tier phone, which is probably marked as a huge contender to Apple's iPhone series, which also means that it usually presents an elegant design and features of the latest generation. Reportedly, Samsung started working on the Galaxy S9 at the end of March 2017, which means it is already six months ahead of last year compared to the Galaxy S8 and the S8 +. This means more time for quality control, more time to develop new features and hopefully, more satisfied customers.

When's the Official Release Date for the Samsung Galaxy S9?

The Samsung Galaxy S9 is a long successor dominated by the famous Galaxy S8 from last year. This is a flagship phone that should arrive in early 2018, with incredibly fast hardware.

With the Galaxy S series of phones, Samsung usually takes advantage of the annual conference of the Mobile World Congress in Barcelona, usually by launching the phone one or two days earlier.

This year, MWC 2018 will be held between February 26th and March 1st, so it is very likely that the Samsung Galaxy S9 will be released on Sunday 25th February.

However, the phone will probably not be available immediately in stores. Last year's Galaxy S8 did not go on sale until three weeks after launch.

Are they also releasing a Galaxy S9 PLUS?

Yes, that's right, 2018 will not only bring the Galaxy S9, but also a Galaxy S9 Plus. It's already been confirmed by Samsung, since Samsung is actively working on the development for it. Still, at this point, there's still much to know about Samsung's Galaxy S flagships for they're still on the process of developing their most anticipated flagship for this year.

The Samsung Galaxy S9 Plus may have a battery with no changes, with rumors that point to 3.500 mAh, the same size as the S8 Plus. However, what may change are some of the materials with which the phone is built.

The information that is transmitted on the web on the Samsung Galaxy S9 Plus has not yet been extended. 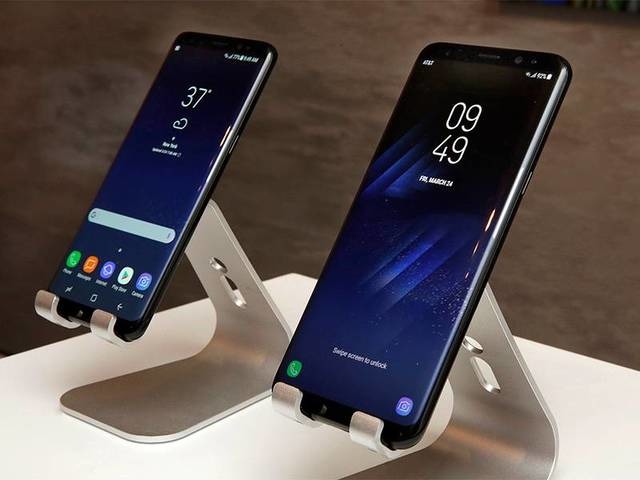 Detailed information about each of Samsung Galaxy S9's features

For the design, expect to see a style similar to last year's Galaxy S8. That means a full-screen front with an even thinner bezel: Samsung calls it "Infinity Display".

It is possible that, while maintaining the same dimensions and resolution, the same display technology can be improved.

Reportedly, Samsung uses the screen technology with the code name "Sunflower" for the Galaxy S9; It's still Super AMOLED, but it should improve screen fidelity and be more consistent and reliable. It's also been rumored that Samsung would use Qualcomm's new technology or Synaptics to place a fingerprint scanner under the screen. This could satisfy fans who criticized Samsung's decision to move the sensor on the back of the phone with the latest model.

The 10nm Snapdragon 835 Samsung helped Qualcomm produce 27 percent faster and 40 percent more energy efficiency than its previous 14nm chips. The next Snapdragon 845 is said to be built on the 7 nm production process, and will be even faster and more efficient than ever before.

(The figure nm refers to the distance between the transistors, and the more you can tighten a chip, the faster it will be).

The new key features offered by Snapdragon 845 include a secure processing unit (SPU) that Qualcomm offers total security with the microprocessor, memory, encryption engine and random number generator, all installed inside.

Performance and battery life will also improve, thanks to a Kryo 385 octa-core CPU with four high-power 2.8GHz cores and four low-power 1.8GHz cores; 845 is 30 percent more efficient than 835 for games, video and AR / VR, says Samsung.

Based from Qualcomm's newest Snapdragon 845 processor - which will probably power the Galaxy S9, indicates significant advances in camera technology and security.

In addition, the S9 and the S9 Plus' camera will be an advanced version of the dual lens camera currently on the Galaxy Note 8. It could even capture video at a rate of 1000 frames per second. It's still being anticipated that there are some improvements when taking selfie shots, but there are still no details about the front camera that are known.

It has been claimed that the Galaxy S9 will be able to record incredible slow motion video at 1000 fps. Apparently, this will be achieved by using a three-layer image sensor that adds DRAM to the sensor and to the logic chip. This is based on the two-layer approach seen in today's high-end smartphones, although Sony has also used a three-layer system on its XZ Premium and XZ1 phones.

Samsung has not yet copied many of its competitors by eliminating the 3.5 mm audio connector in favor of USB-C audio, although it has gone from Micro-USB to USB-C in the Galaxy S8. All the renderings that are seen suggests there won't be any changes made: the Galaxy S9 will have a dedicated headphone jack.

It is also said to come with the AKG wireless headset in the box. They could be tuned by AKG like the current Galaxy phones, but they still sound good.

It was expected that Samsung would implement a fingerprint scanner inside the screen for the Galaxy S9, and this is something that has been already seen in action in a next unnamed phone at CES 2018. Samsung has even received a patent for that technology.

Android Oreo was announced in the fourth quarter of 2017 and has not yet reached the Galaxy S8 in the United Kingdom. However, it's pretty sure the Galaxy S9 will come with pre-installed Oreo, when Samsung will start implementing the Galaxy S8 upgrade.

TouchWiz will appear at the top, which turned out to be much more beautiful in the last few years. And Bixby will be very integrated; wait for the dedicated button to remain.

There are rumors saying that it has a 512GB of built-in storage? 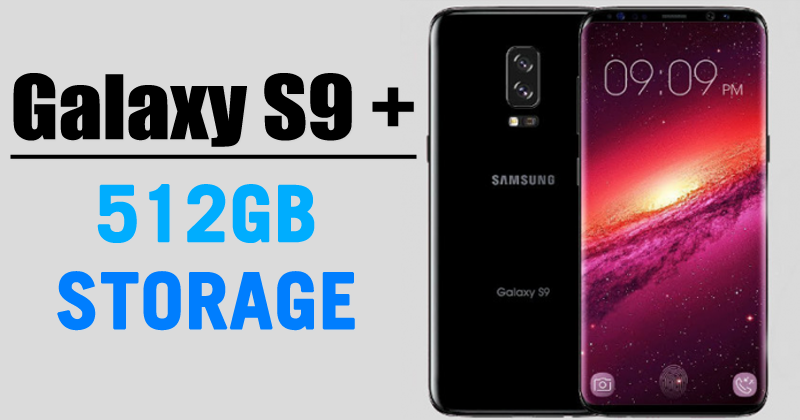 Samsung is really stepping up its game to a whole new level when it comes to internal storage. The mass production of a 512 GB chip that would give the Galaxy S9 eight times the integrated capacity of the Galaxy S8 64 GB was announced.

A 512 GB Galaxy S9 would completely outperform the competition: the higher-end and latest-generation iPhones exceed 256 GB of storage space and Google Pixel 2 XL is available in 64 GB or 128 GB versions. Samsung's really been putting up some effort to rival the capacity of the other super smartphone companies by bringing up the stakes to a higher level.

What about it's probable price and availability?

The official price for the Samsung Galaxy S9 and the S9 PLUS is still unknown, but it's fair to say that they'd be probably very expensive.

In 2017, Samsung comes with a trend to raise the prices for its flagship phones. It remains to be seen whether this trend will continue or if it will prove a one-off adjustment. What is certain, is that the Galaxy S9 and the S9 Plus will be one of Samsung's most expensive devices in 2018.

However, Samsung's prices are more in line with rivals: the iPhone 8 costs £ 699. But the high-end iPhone X is still far ahead of £ 999 for the base model.

It's still anticipated that Samsung will release the S9, along with its big brother, the S9 Plus will have a price range estimated to be upper than $850/£780/AU$1,350 in total. 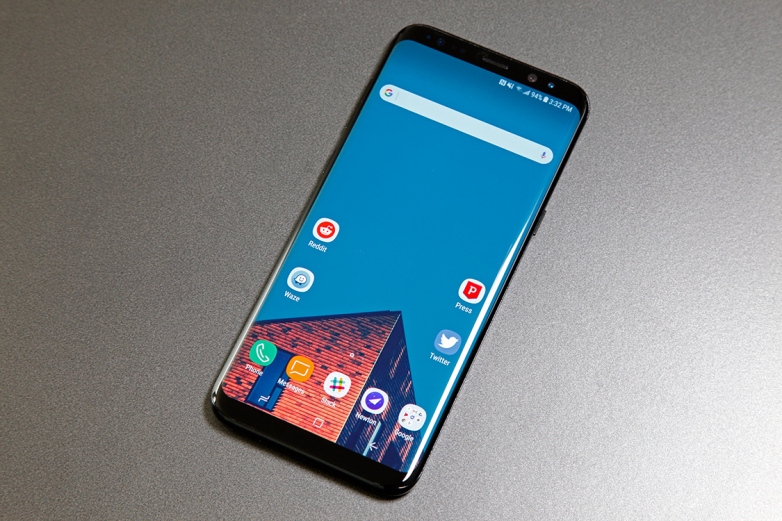 So, have you been convinced enough to know if the newest smartphone from Samsung has really got what it takes to really dethrone the iPhone X from its former glory as the latest Tech-favorite from the digital market?

Well, it's up for you to decide, whether you're an Apple fan or a Samsung user for a long time, you should stay in touch with the recent news about the flagship's release, for this smartphone is mysteriously powerful that is still yet to prove itself.