Yep! You heard it right. Apple is having some crucial changes with their iPad Air. They are ditching the branding once and for all. They will be releasing the latest 9.7- inch iPad which shall be called ( guess what!) iPad. This will be cheaper and should be an updated version of the iPad Air 2. This latest iPad is available for pre-order and will be the most affordable this model has been for quite awhile. The latest iPad model from Apple promises all day battery life with continuing Apple SIM support if you find the iPhone to be plump. The new iPad today will replace iPad Air 2 and two iPad Pro models previously. 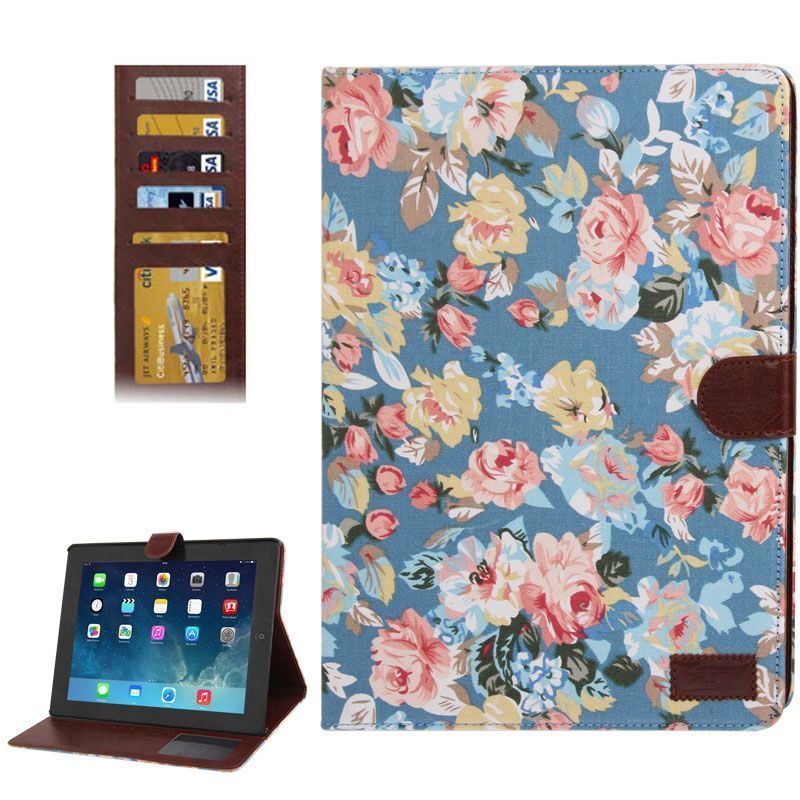 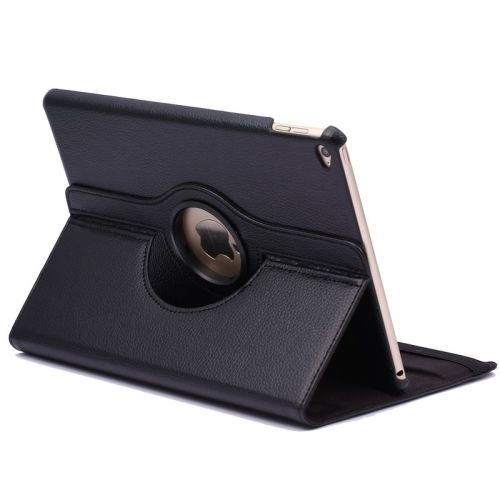 Most of the time, Apple is into unveiling their products in massive events and marketing hype. This time, they chose discreetly release a press release regarding the latest iPad to be on sale. Australian households have embrace the iPad 2 since its released in 2011.

Should you be looking to purchase a “basic” iPad, this will be your entry level model of choice. However, even when it is said to be basic, the latest iPad will have astonishing specifications. For the first time, the basic 9.7-inch iPad is cheaper than the smaller newest model iPad Mini. This latest iPad will cost $469 and it goes on pre-order last Friday. This is relatively cheap compared to iPad Mini which was at $579 when it debuted into the Australian market.

Here are some of the details of this latest Apple iPad:

The new iPad will retain the flawless display of the iPad Air 2. It has a resolution of 2048 x 1536 (264ppi). This gadget will seriously look good because it will run faster and smoother. Thanks to Apple’s excellent M9 coprocessor and A9 chip.

The cameras for the latest iPad version will have the same 8mp rear camera of iPad Air 2. It can still do panorama, autofocus and HDR shots for pictures with an aperture of f/2.4. This version is capable of recording 1080 high definition videos at 30fps and slo-mo recording at 120fps. For the front facing camera, it is a FaceTime HD lens 1.2Mp and a f/2.2 aperture, capable of 720p HD video recording.

What accessories are available for the new iPad?

To take you down memory lane, let us look back on how the iPad evolved. Here is a list of iPad released in the market:

Apple's 9.7-inch iPad Pro is not just a smaller version of the 12.9-inch Pro. It gets better with the display, adding True Tone and decreased reflection in bright light such as sunlight.

The iPad Pro is a super-sized and super-charged iPad. The 12-9-inch display towers over the 9.7-inch iPad air, and it makes the 7.9-inch iPad Mini look like an iPad Tiny. The 12.9-inch Pro with A9X processor was also the first iPad to support the Smart Keyboard and Apple Pencil.

The iPad Mini 4 is fundamentally the same as the iPad Air 2, which provides quite a boost of the Mini 3. This extra processing power also means the Mini 4 should be compatible with all of the latest multitasking features in iOS.

Apple's first triple-core processor, making it significantly faster than the iPhone 6. It also upgrades the internal memory used to run apps from 1 GB to 2 GB.

The iPad Mini 3 is essentially the same as the iPad Mini 2 with a Touch ID fingerprint sensor tacked on. The Touch ID supports unlocking your iPad with your thumbprint, purchasing apps, and using the new Apple Pay.

The iPad Air's jump to a 64-bit processor was initially dismissed as more of a marketing ploy, but as the initial benchmarks were posted, it soon became apparent that the jump was worth it. The iPad Air is around twice as powerful as its predecessor, the iPad 4, and it has the same slim form factor as the iPad Mini.

The first iPad Mini was a bit underpowered, sharing the same processor and memory as the iPad 2.

The 4th generation iPad was a surprise release during the unveiling of the iPad Mini. This generation of iPad had the same features of the iPad 3 but included a much more powerful processor.

With a 7.9-inch display, the original iPad Mini was slightly larger than competing 7-inch tablets. It was powered by the same processor as the iPad 2, but it included many of the same features as the latest full-sized iPad, including 4G compatibility and superior dual-facing cameras. At $329 for the entry-level model, it was the cheapest iPad.

The 3rd generation iPad dropped the numbering system in the official name, although releases were still referred to using this numbering system in the press. The "new iPad" (as it was called during the announcement) included a 2056x1536 resolution "Retina Display," making the highest resolution display for a tablet at its release. It kept the same basic processor as the iPad 2 with updated graphics chip to help power the new display. It was also the first iPad to offer 4G compatibility.

The iPad 2 was 33% thinner and 15% lighter than its predecessor. It also gained a gyroscope, making its basic features equal to the iPhone except for voice calling.

The original iPad was released on April 3, 2010. It included many of the same features as the iPhone and iPod Touch, including the 3-axis accelerometer that enables the device to detect when it is being moved or tilted.

The New "The iPad"

The new iPad may get rid of the Air name, however it's practically an iPad Air 2 with a slightly faster processor.

As you anticipate the coming of this latest version of iPad, you can take the time to look into upgrading the look of your current iPad. You can definitely personalize your own iPad. No matter what version you have on hand, you can still dress it up just like you do with an iPhone Cover and case. You can take a look at our selections of cases and covers for various iPad models: 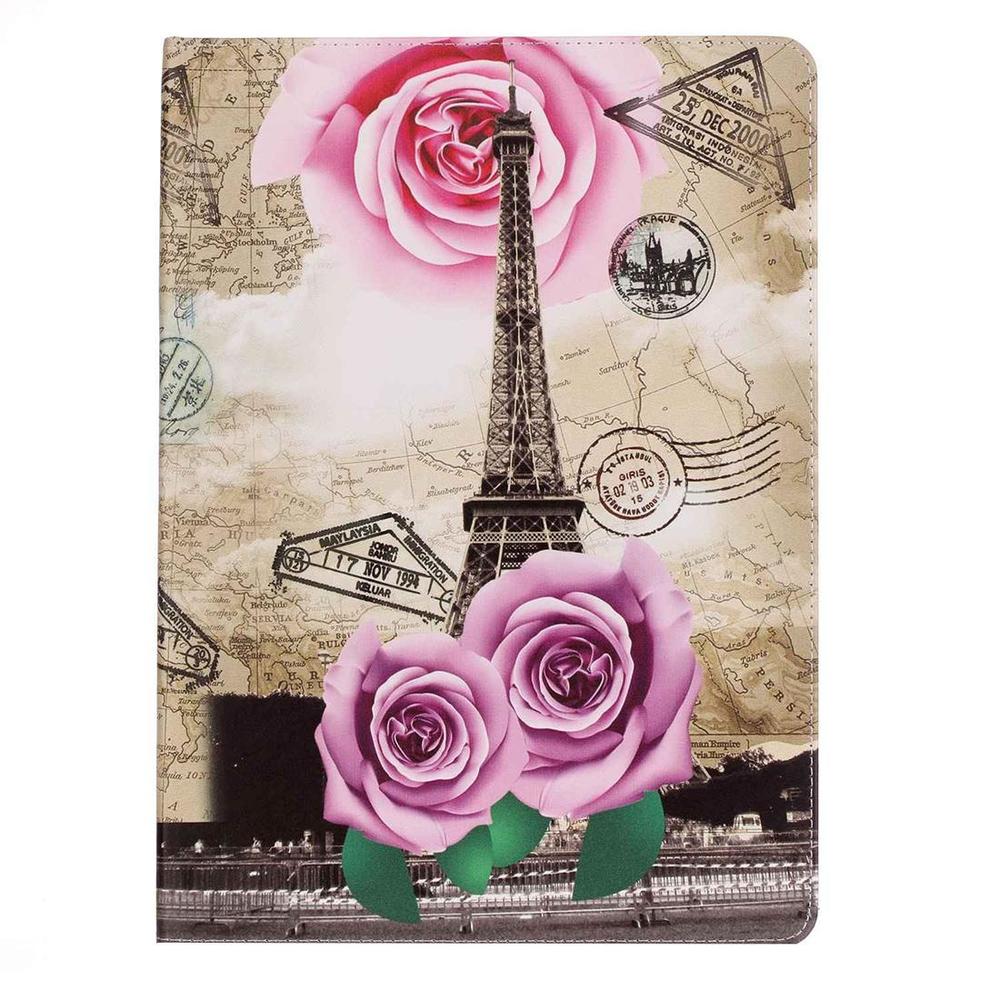 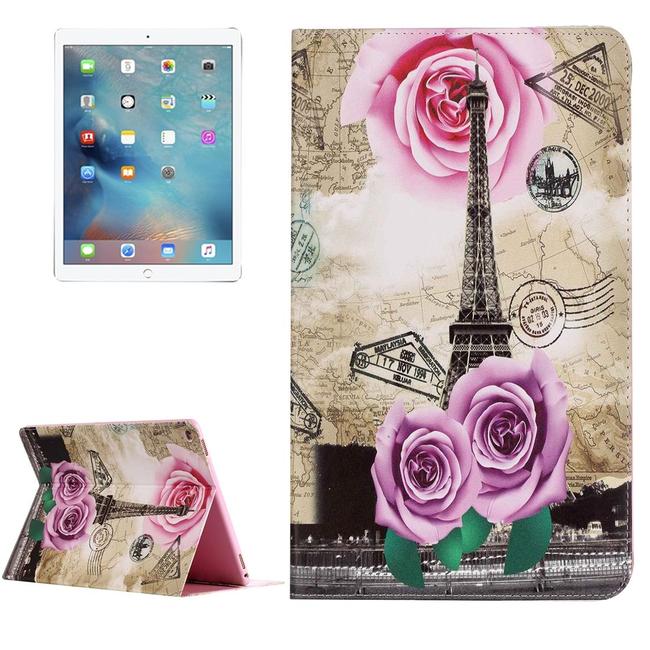 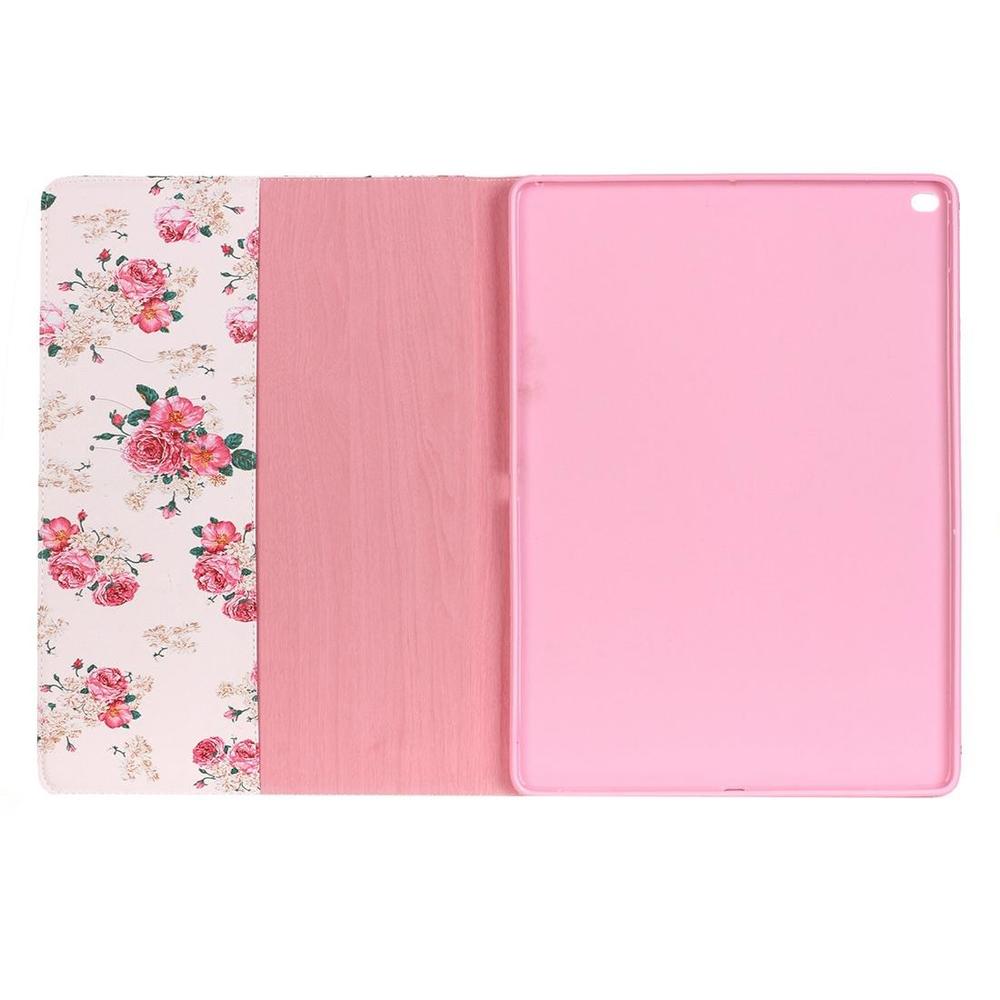 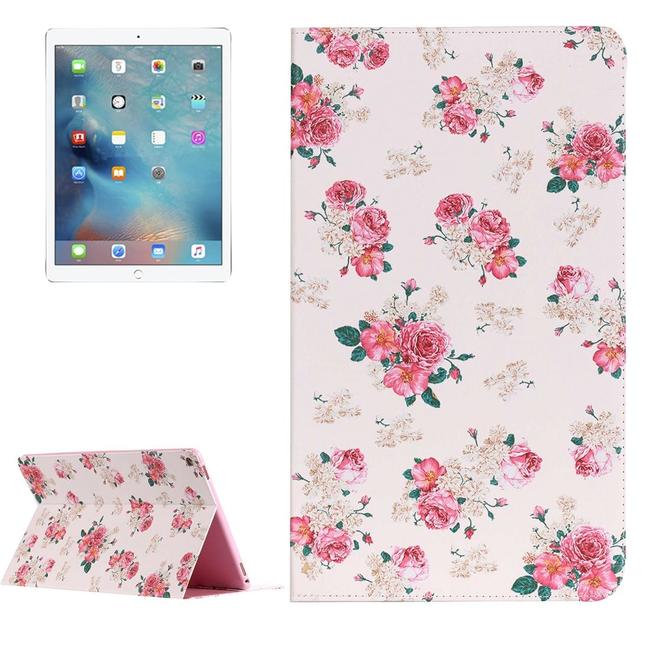 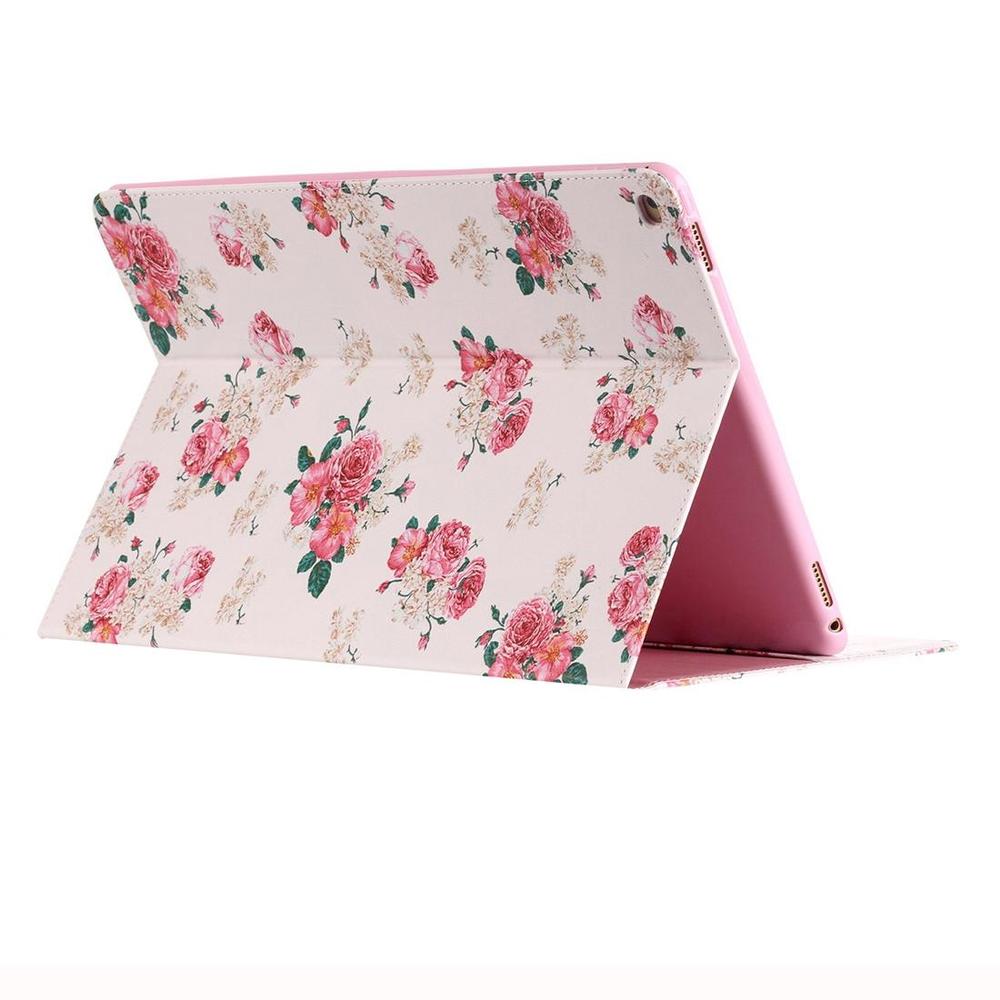 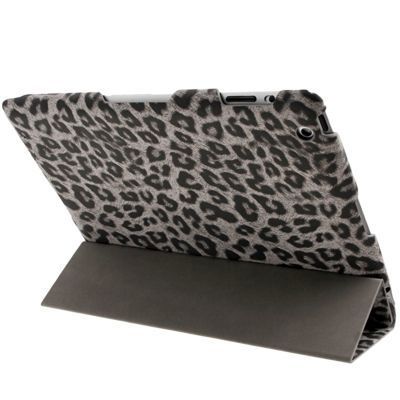 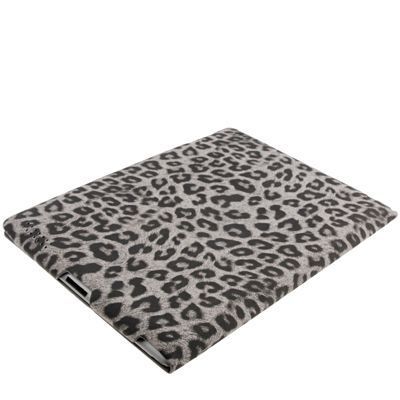 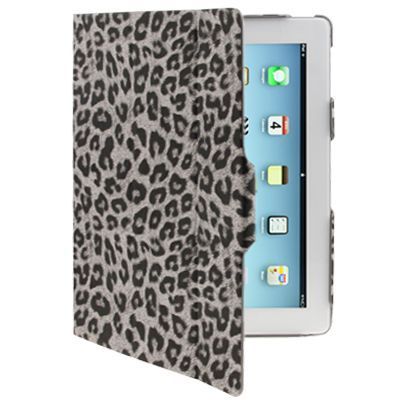 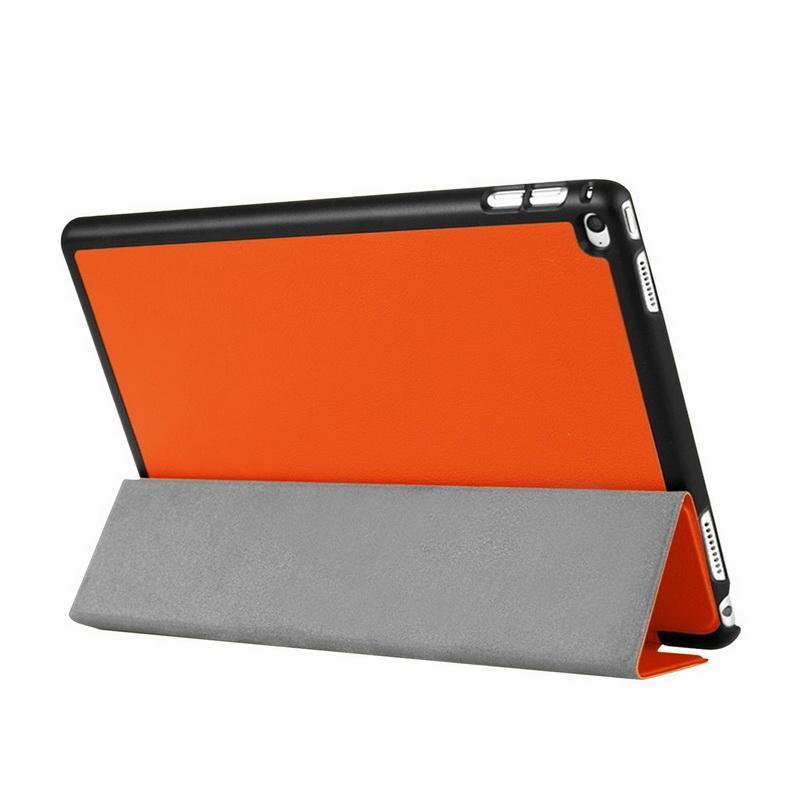 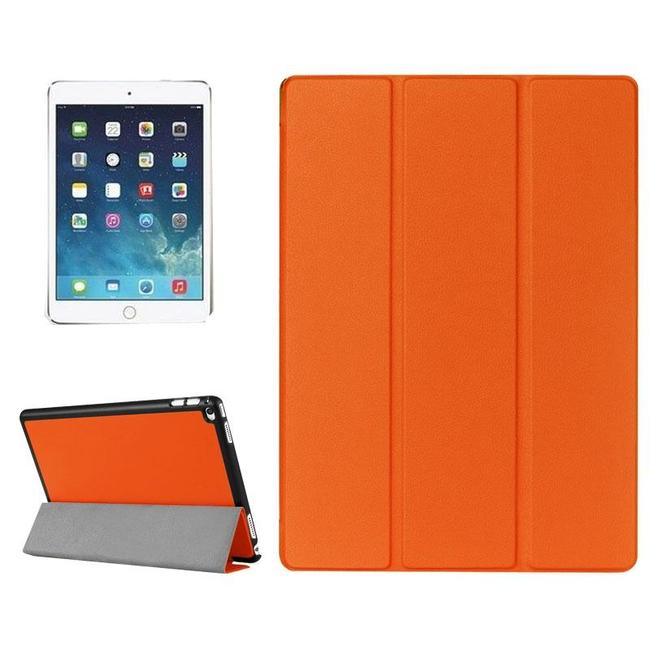 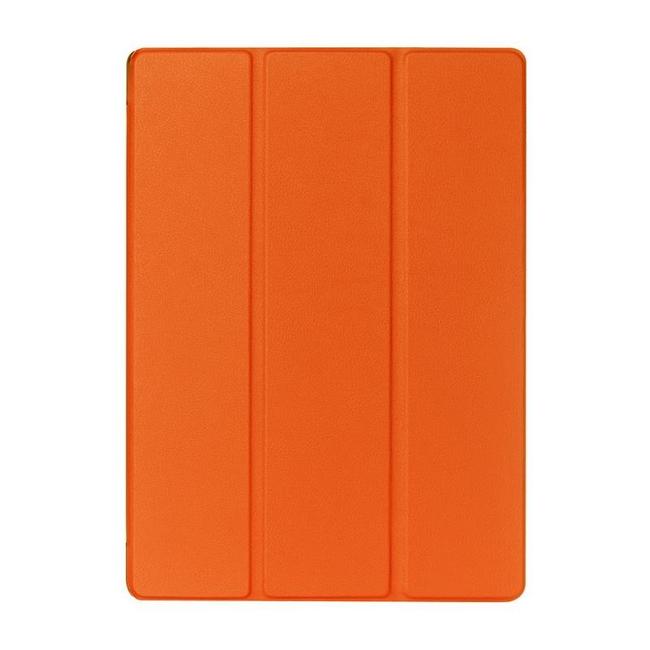 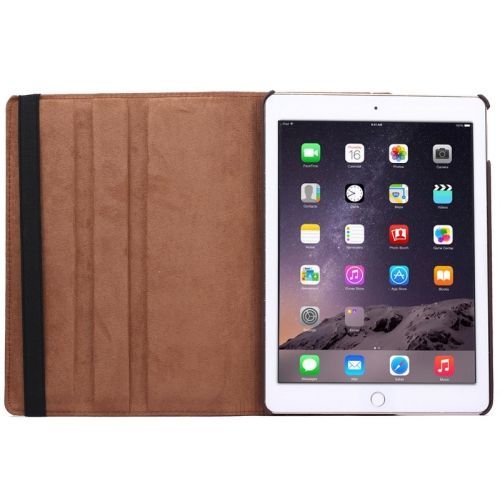 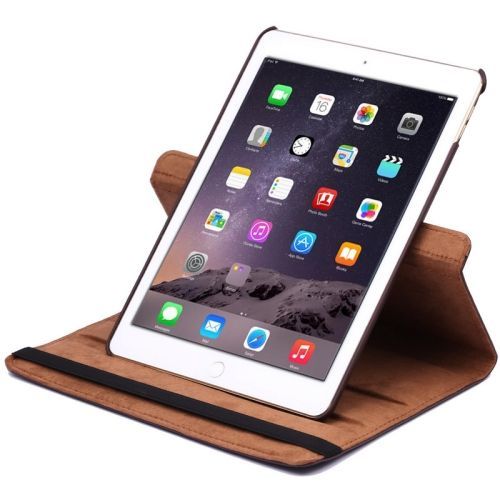 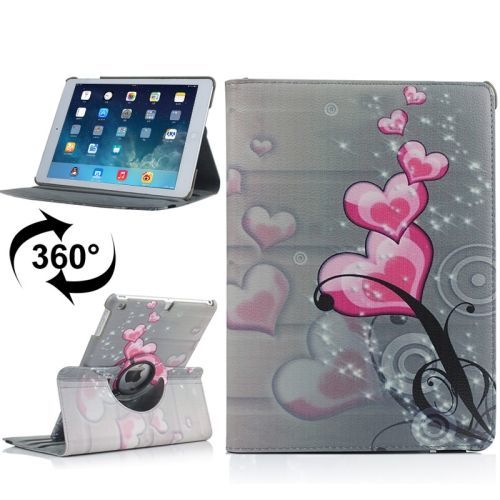 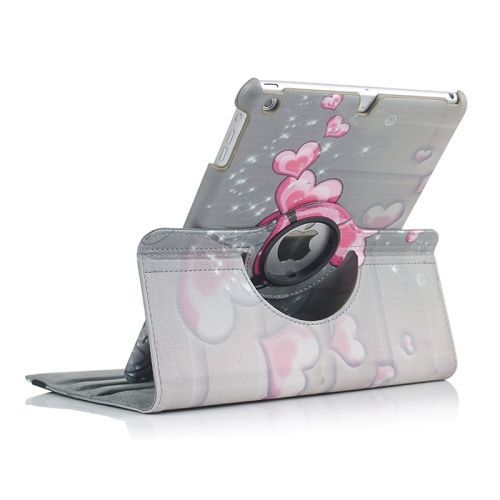 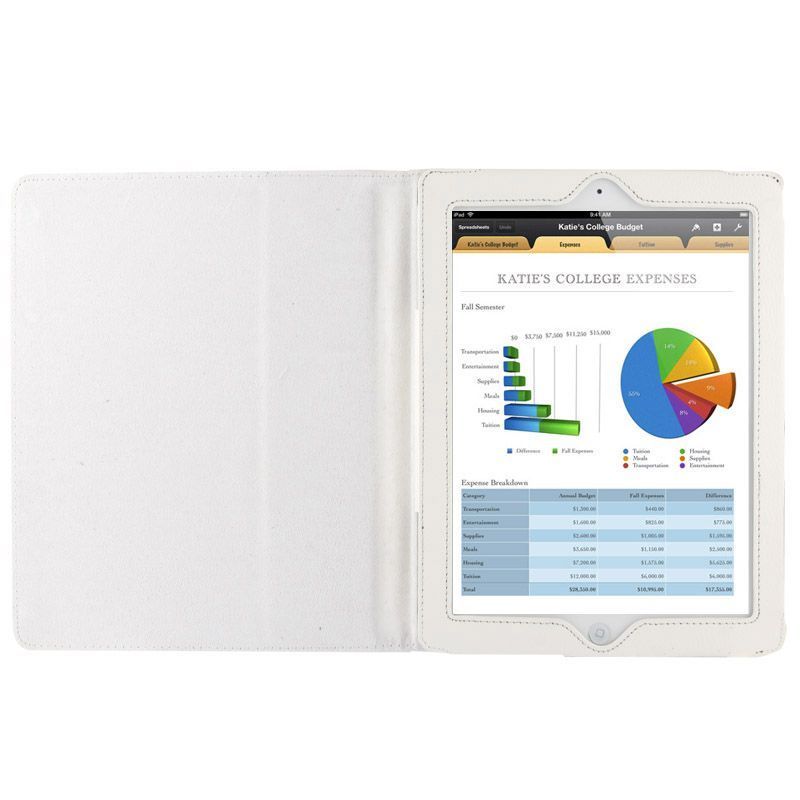 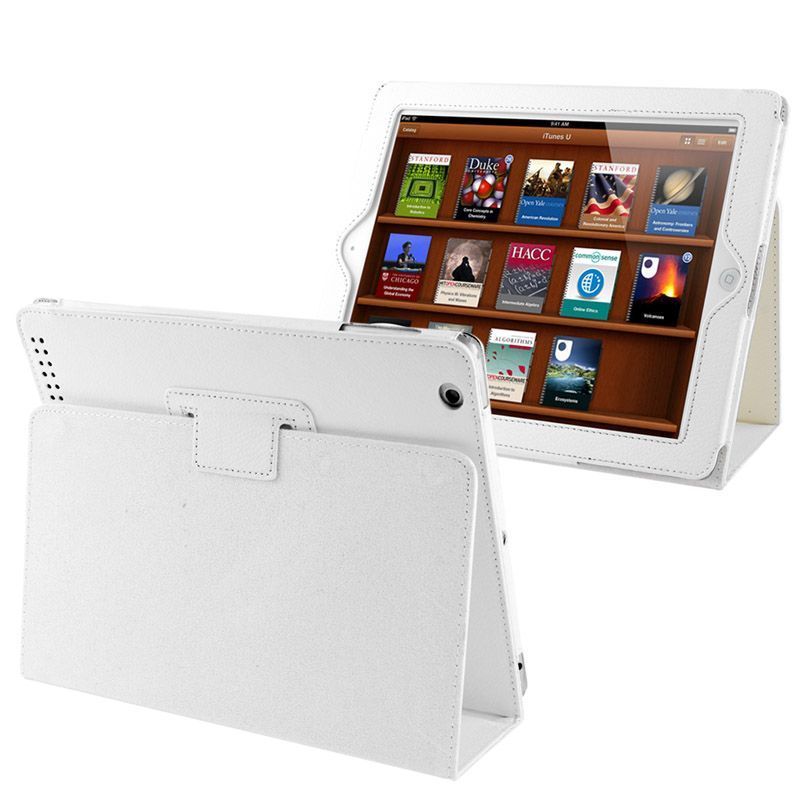 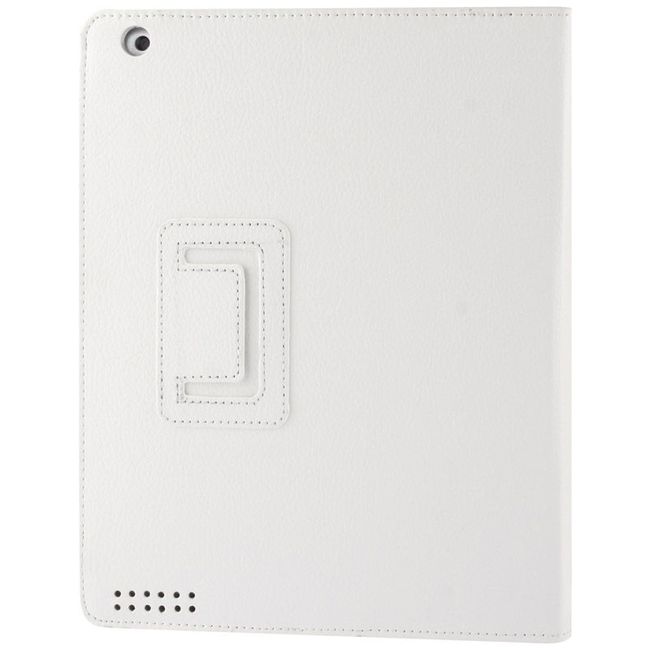 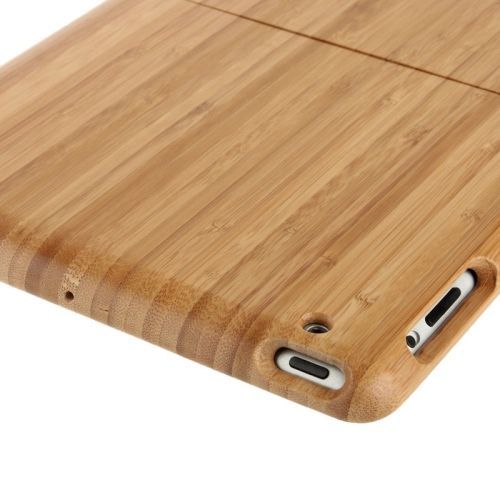 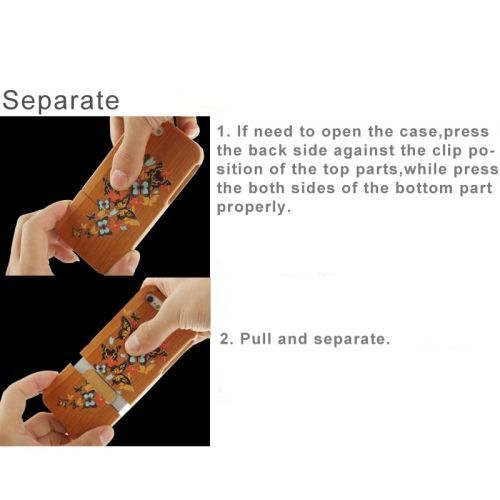 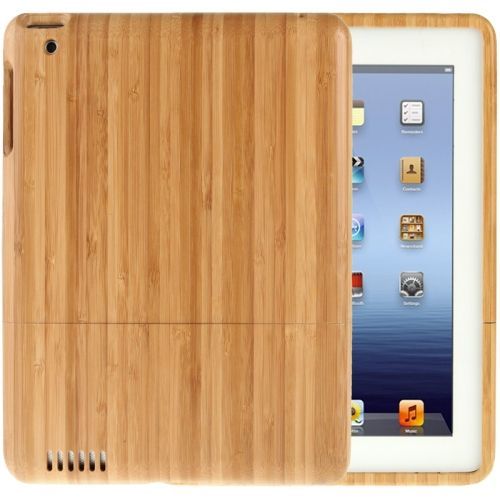 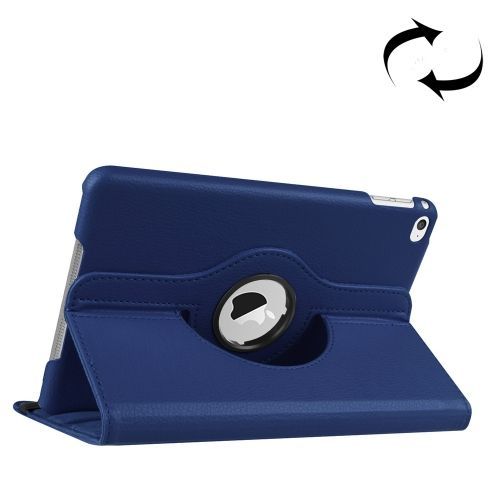 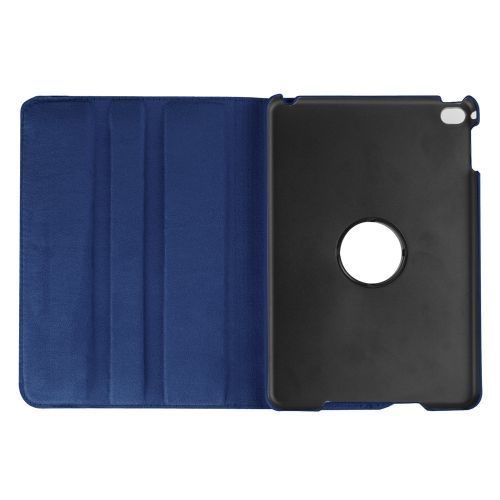 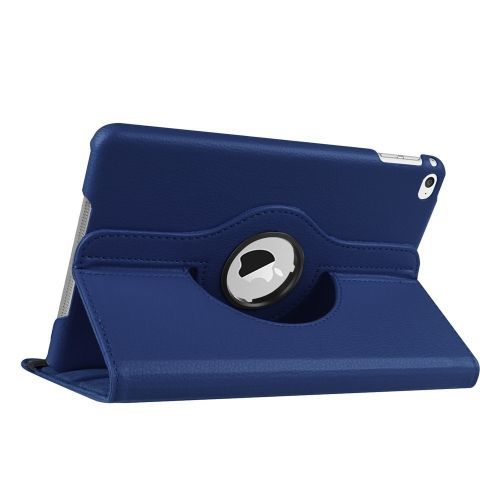 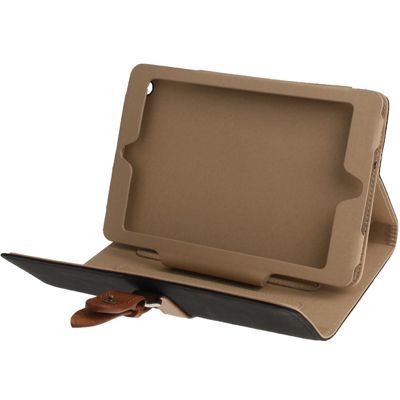 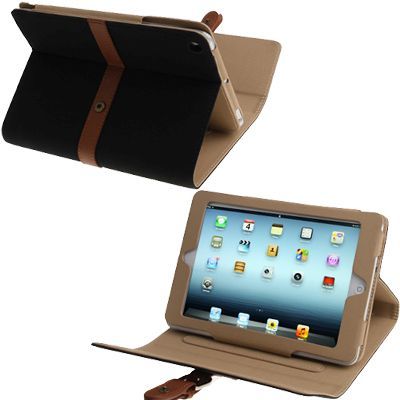 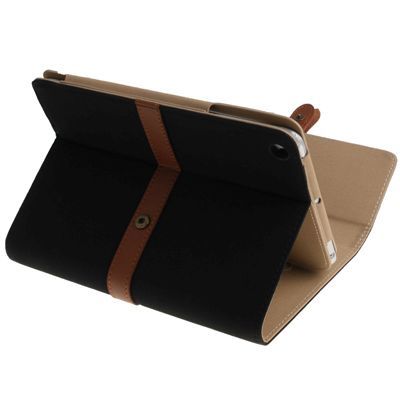 On a final note, there were rumors that this will not be the last iPad Apple release for this year. There are rumors that upgrades for the latest iPad will include a bigger size at 10.5-inches or 12.9 inch iPad Pro.